Does This Look Normal? 10 Common Lumps and Bumps On Your Pet

Tumor, mass, growth—all these words can strike fear in a pet owner’s heart. For many pet owners, finding an unexpected lump or bump on their furry pal is cause for concern, especially if they’ve lost a pet to cancer before. While some lumps under the skin are malignant cancers that spread to other tissues and organs, many are benign, non-invasive bumps that are easy to surgically remove.

Before you panic, schedule an appointment with Dr. Bahou to determine if your pet’s lump is worrisome. To help differentiate between problematic growths and benign masses, read the following list of 10 of the most common lumps and bumps found on pets.

Pets who have an allergic reaction often break out in hives or bumps that may manifest as a rash of red, round bumps, or one firm, inflamed lump. Pets commonly react to allergens like bee stings, pollen, or cleaning products, and sometimes vaccinations. Allergic reactions may require antihistamines or steroids to help soothe the itching, and calm the inflammation.

Abscesses are often-painful swellings under the skin that are trapped pockets of pus. Many abscesses, especially in outdoor, stray cats, are caused by bite wounds from another animal, but they can also result from an insect bite, or an injury from a sharp, penetrating object, such as a stick or grass awn. To treat your pet’s abscess, Dr. Bahou will drain and flush the pocket to find and remove the culprit, such as a wood splinter, and prescribe antibiotics to help your pet battle infection. Your pet should be much more comfortable once the painful pressure is released.

Skin tags, which are benign growths common in older pets, are distinctive bumps, usually appearing as stalk-like growths with a wart-like surface. Pets with one skin tag often develop more as they age.

Warts are often referred to as papillomas, since they are caused by papillomaviruses. In dogs, these typically benign bumps pop up around the mucous membranes of the eyes and mouth, the skin, or the abdomen, and then typically go away on their own. Infrequently, warts may progress to invasive squamous cell carcinomas.

In cats, papillomavirus does not appear as hard, rounded lumps, as in most other species. Instead, a feline multicentric squamous cell carcinoma forms in situ.

#5: Papules and pustules on pets

Papules often pop up on pets with an underlying skin infection. As the hair follicle or pore becomes clogged or inflamed from a bacterial infection, a small, round bump will appear. A pustule often develops after a papule begins to fill with pus. Antibiotics are needed to treat papules and pustules.

A benign, but often messy, lump on your pet, a sebaceous cyst involves a clogged oil gland in the skin, and is essentially a large pimple on your pet’s skin that may rupture and emit a white, cottage cheese-like discharge. Sebaceous cysts are often more irritating to the owner than the pet, as the cyst can cycle through the development, rupture, healing, and enlargement stages more than once.

One of the most common benign tumors in dogs, lipomas are fat-filled tumors that cause issues only if they grow too large. Often found in middle-aged and older pets, these tumors are soft, rounded, non-painful masses that can grow to interfere with mobility. Obese dogs are more likely to develop lipomas, whereas excess weight does not seem to be a factor in cats. While these lumps are benign, surgical removal is recommended if they rapidly grow, become large, or restrict movement.

Histiocytomas are common skin tumors typically seen in young dogs, but can occur at any age. The tumors appear as solitary, red, raised bumps that are generally hairless, but may be ulcerated. Normally considered benign tumors, histiocytomas usually resolve on their own after two to three months. Surgical removal is warranted only if the tumor bothers the dog.

Mast cell tumors are frequently found in cats and dogs, and are the most common malignant tumor in dogs. They vary widely in size and appearance, but often appear as raised, hairless lumps. Mast cell tumors in dogs can be highly aggressive and spread rapidly, warranting prompt surgical removal. Cats can develop two forms of mast cell tumors, both usually benign, that may not require treatment. 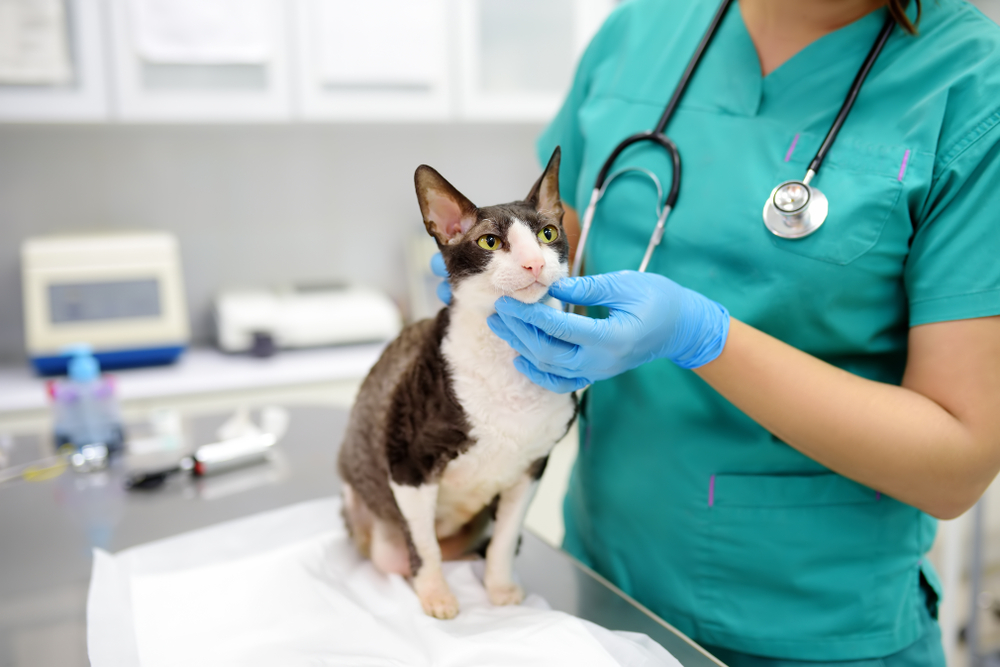 Squamous cell carcinomas commonly develop in pets who are white or light-colored, or have thin hair coats that provide little protection from ultraviolet radiation. These skin tumors develop as firm, raised masses that frequently have open sores. Cats can also develop oral tumors from grooming carcinogens, such as cigarette smoke or flea collar ingredients, from their fur. Most squamous cell carcinomas are highly invasive, spreading into the surrounding tissues and bone, or other body parts.

Did you find an unusual lump or bump on your furry pal during a TLC session? Schedule an appointment with our team to identify your pet’s new lump.

About the Author: Alisos Animal Hospital